You are at:Home»Habtoor»AHPRC League in November 2022 Concludes with a Win for Lamar Polo

The AHPRC League 2022 saw AM Polo go against Ghantoot Polo at the Subsidiary Final, with Nasser Al Shamsi scoring the first goal for Ghantoot. The team dominated the first chukker with AM Polo nicking two goals before halftime. Ghantoot Polo maintained its 1.5 goal lead during the penultimate chukker and sealed the win until the final buzzer at 7 goals against 5.5.

The final match had Lamar Polo quickly take over against its opponent, Dubai Wolves, and the team carved a 2.5 goal advantage by halftime. The team took off past halftime with subsequent goals from Guillermo Li. The Dubai Wolves delivered 2 goals at the final chukker, but the significant lead of Lamar Polo was enough for them to take home the trophy as the league’s champion, and game closed at 7 goals to 4.5.

Phillip D’Amat, General Manager of Al Habtoor Polo Resort, awarded the teams of the day with Guillermo Li as the Most Valuable Player and Picaflor, ridden and owned by Khalid Alomran as the Best Playing Pony. 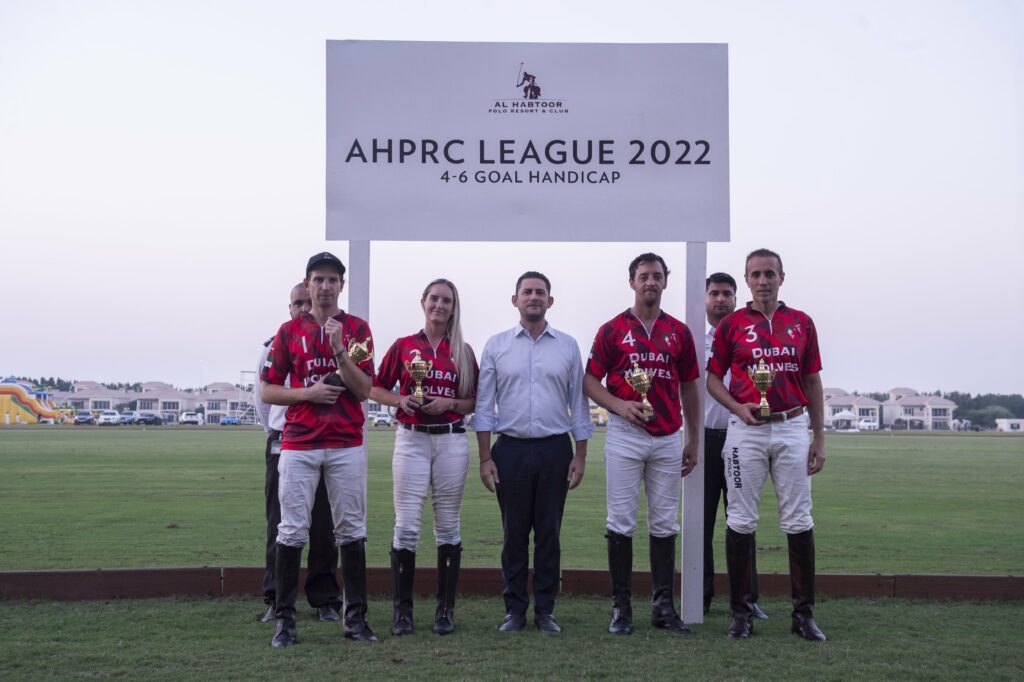