You are at:Home»Horse Beauty»3 Preference titles, 2 gold, and 2 silver The Dubai Stud renews the UAE’s leadership over “All Nations” at Aachen 2022 in Germany

The 2022 All Nations Cup for Purebred Arabian Horses in its 38th edition, which concluded on September 25, 2022, in Aachen, Germany, witnessed an exciting competition between the most powerful leading studs in the world, to regain its glare, splendor and pre-emptive position ahead of the global forum in Paris at the end of this year, after two years From the absence due to the constraints of Covid 19, which made the All Nations Cup 2022 a distinguished field to test the quality level of the production work of the most prominent international studs, and to measure the extent of the commitment of the Dubai Arabian Horse Stud, which has led globally the glory of purebred Arabian horses for years, with its historical leadership as the best stud in the history of the championship and the best anchor in the world.

The Dubai Stud endeavored to maintain its leading position in the 2022 All Nations Cup by winning two gold cups and two silver cups, and the title of the best productive stud, and the title of the best stallion producing champions. The new distinguished global production stallion, De Siraj, son of the icon of contemporary global production, who still shares with his vital heir De Seraj Amjad Production Quality, Stallion FAL Rasheem. The Dubai Stud also led the UAE to being named the best breeder and owner among the nations. A result that enabled him to achieve a new record in the history of the tournament over 38 years. 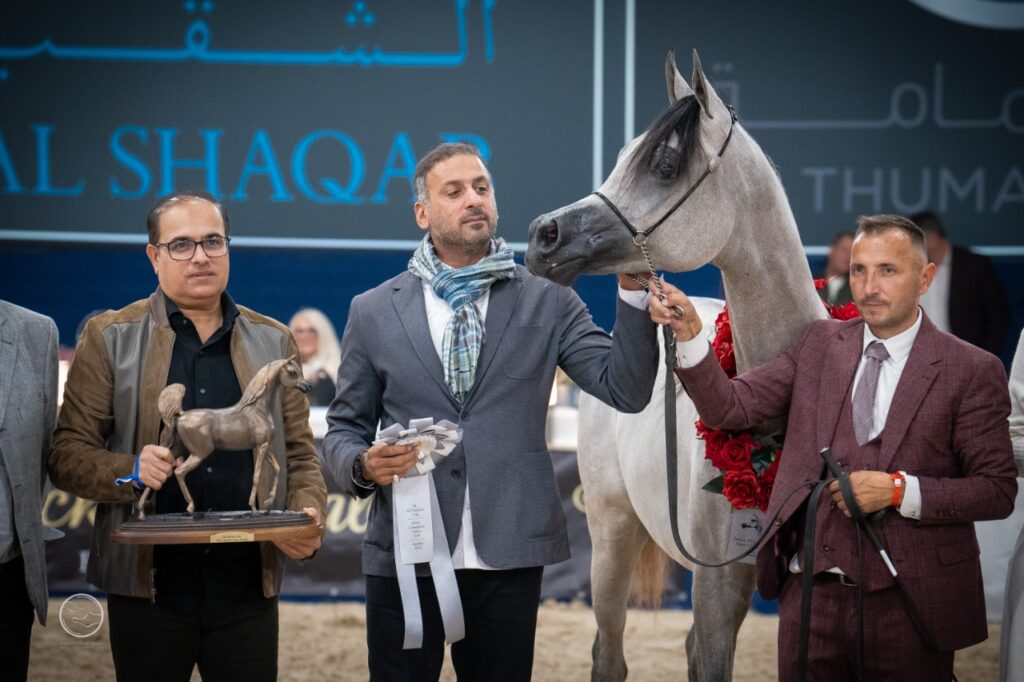